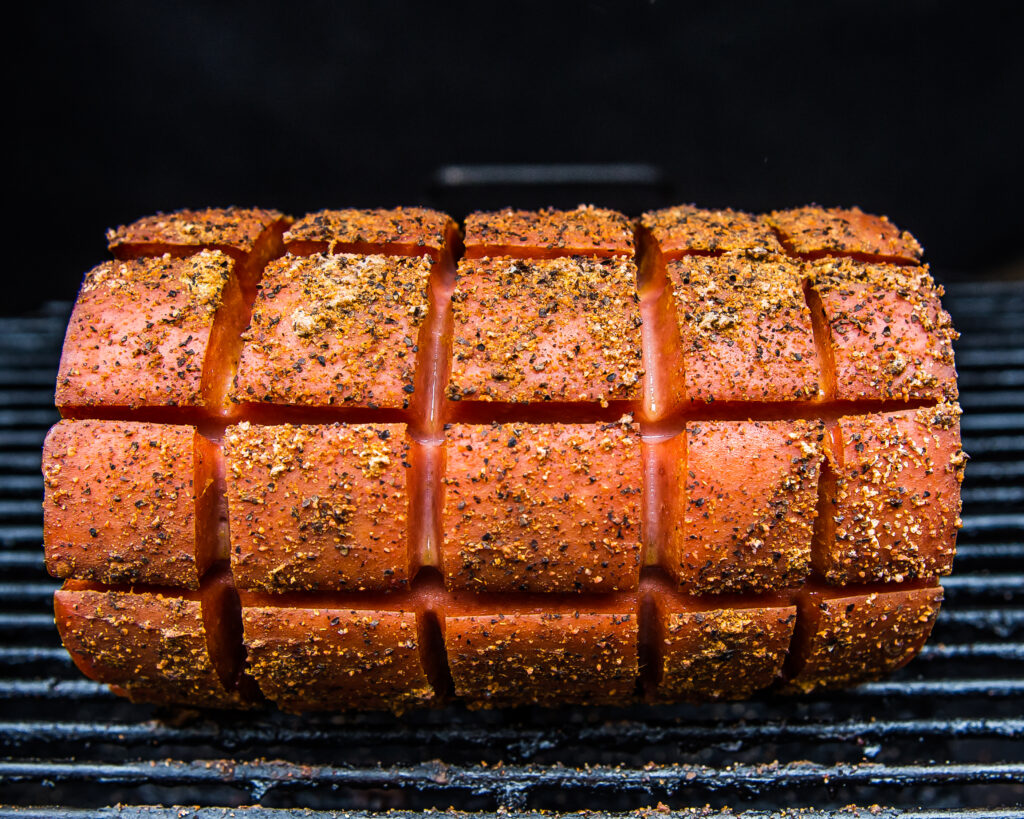 “Rebecca, I need you to pick up a 2-pound whole bologna today.”

Whole bologna? Are we buying a meat slicer? Is he craving a lot of sandwiches? Can you even buy a whole bologna? How do I even do this?

The first time Randy asked me to pick up a whole bologna at Market Street I was perplexed and somewhat skeptical. I went with the flow and fulfilled his request but if I am being honest, I was a bit unsure.

Walking up to the deli counter, most people request sliced deli meats. I was being asked to do something counterintuitive: request a 2 pound whole bologna, unsliced. Standing in the que I was nervously scanning the varieties of bologna available at the deli counter at Market Street—the variety was substantial and I was then faced with a giant question that I quickly texted to my husband—what kind of bologna do you want?

“I want a plain bologna.”

When it was my turn I walked up to the counter and confidently made my request while hiding my internal uncertainty “I would like a 2 pound whole bologna, please.” The deli worker replied “unsliced?”

Without batting an eye off he went and came back with a whole bologna, the ends trimmed so there was a perfect cylinder of sausage. This Market Street deli manager knew what I needed.

It was on that day I was introduced to what has now become a family obsession, Smoked Bologna. Not only do we smoke bologna whole for our kids, because they request it, we’ve been making it for any visitor that has been a part of our dinner table these past few months. Smoked Bologna is easy and delightfully unexpected, leaving family and friends food happy.

There’s not much to smoking bologna. A whole bologna is scored and then coated with yellow mustard and grill rub. It’s a simple smoking recipe that requires 3-ingredients and only 2 hours of smoke time. The end result is full of umami and unique in texture; perfect for both small and large gatherings.

Disclosure: This is a sponsored post on behalf of Market Street. All opinions are my own.