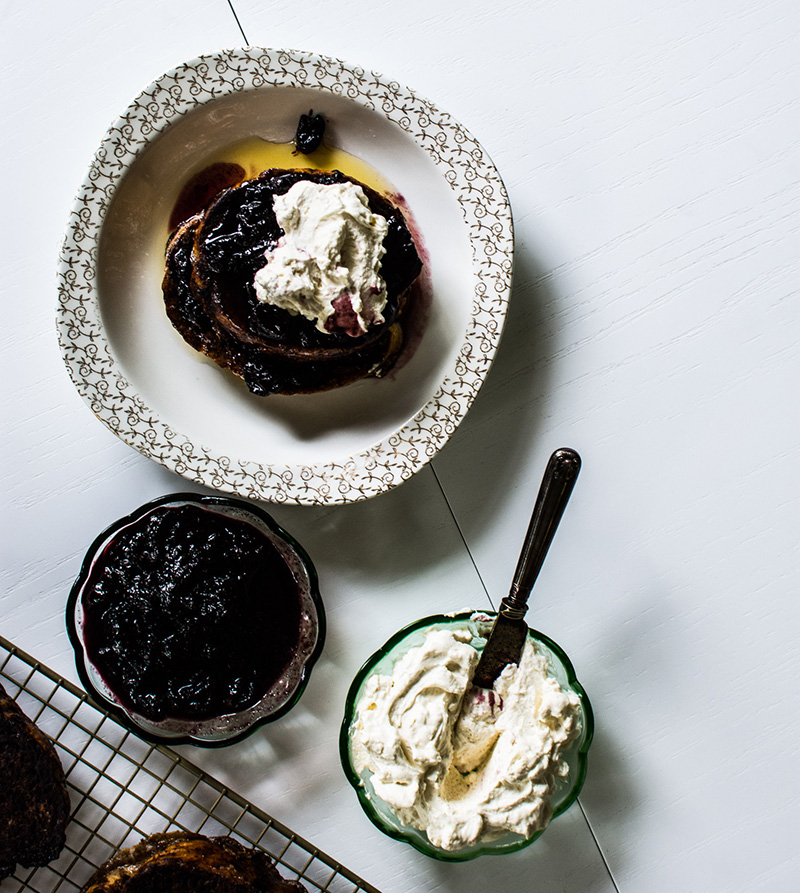 Morning glories—those small parts at the beginning of the day where joy and cheer reside.

Admittedly, morning is not the best time of the day for me. I’m groggy and slow to wake. However, I find myself surrounded by three morning glories (four if you count the dog) almost daily which makes daybreak that much better for me.

Breakfast is the sunshine to their already happy start. It’s a meal that I have had to grow into. A cup of coffee with steamed milk is all I crave. They, on the other hand, will shovel as much food as possible into their systems to get their day rolling.

I have grown into the role of morning cook in my (almost) eight years of motherhood. It started off with early morning feedings that evolved into 7:30 am bottle rituals that grew into pureed baby foods and then solid foods.

Morning by morning I’ve nourished them to get their day started and I’ve come to love the mornings and their excitement for breakfast.

This isn’t the typical Mother’s Day post where I encourage others to make all the mothers a beautiful spread of food to showcase the love you have for the women in your life.

Today, I want to showcase what women do, day-in and day-out for the ones they love. They feed them…

A mother’s job is done in love every day. It comes in the form of embraces, words, chores, errands, silence—there are too many words to choose from that describe the doings of a mom. These actions feed the lives around them and that’s what makes mothers feeders.

My mother embodied motherhood. She loved, played and worked hard for her daughters. Her devotion to us never faltered.

Cooking was a chore for this lovely woman, but there were a few meals she would get excited to make. One being breakfast for her three morning glories.

French toast was one of her specialties. I would remember her cracking the eggs and scrambling them up with a fork. She would always add ground cinnamon to the mixture and a touch of sugar. The bread would be dipped into the mixture and coated on both sides, then browned to golden perfection.

We would smother the toast with syrup and smile, sticky faces and all.

I see this same excitement with my children when I make them French toast. Every time I make this breakfast I think of my mom and the way she beautifully and lovingly fed her little family. This Mother’s Day I want to embrace the role given to me seven and a half years ago. I want to feed the ones I love and tell them a story about a woman who loved so incredibly well. 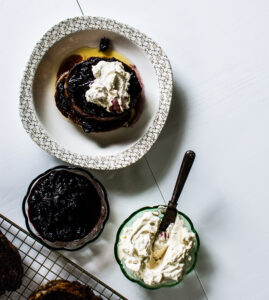 for the cherry jam

for the Whipped Cream

for the cherry jam

for the Whipped Cream

A quick version of this delicious homemade breakfast treat would include store bought fruit jam and whipped cream. This Cherry Jam recipe is easily halved. If cherries are not in season, frozen cherries also work, but require a bit more simmering time. Serve on your favorite French toast, biscuits, vanilla ice cream or PB&J sandwich.
Back to Recipes